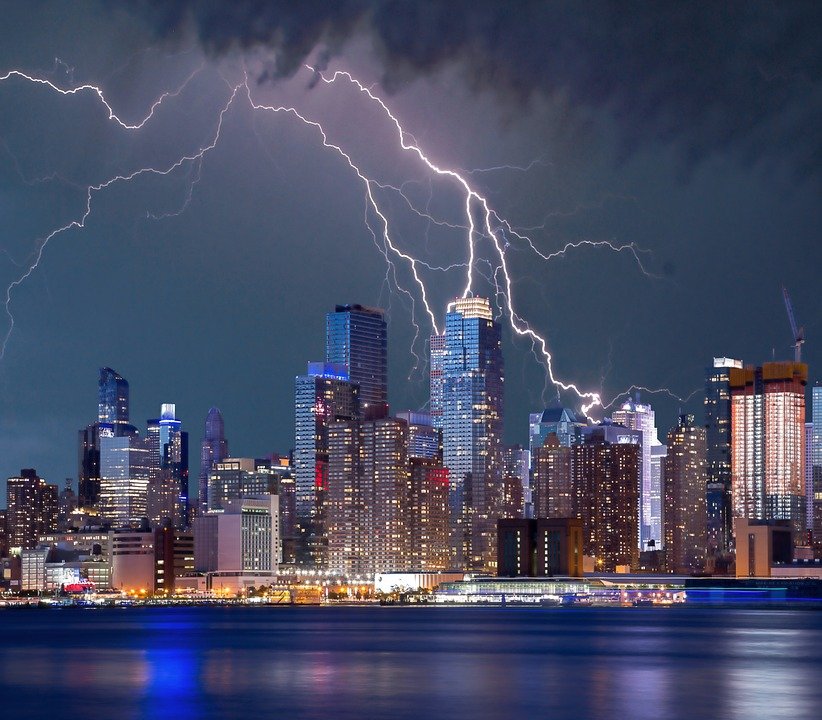 How to Protect Your Computer From Power Surges

Research shows that lightning strikes the Earth about 8 million times each day. Over the course of a year, that’s roughly 3 billion lightning strikes. While many lightning strikes occur in rural areas, others can occur in cities or other developed communities. Unfortunately, lightning strikes in populated areas often result in a power surge that’s capable of damaging or even destroying connected devices. So, what steps can you take to protect your computer from power surges?

Use a Surge Protector

If a power surge occurs, the surge protector will do one of two things to protect your computer from potentially catastrophic damage:

Another way to protect your computer from power surges is to unplug it during lightning storms. By definition, a power surge is a sudden increase in voltage that exceeds the universally accepted standard of 120 volts. While several things can cause power surges, including power companies switching their grids, the most common cause is lightning.

If lightning strikes a power line — or an area next to a power line — massive amounts of electricity may enter the power line, at which point the excess voltage will travel to all connected homes and devices. Of course, the excess voltage will only reach the devices plugged into your home’s or business’s wall outlets. By unplugging your computer, you can rest assured knowing that a power surge won’t damage or destroy it.

Get a UPS With Built-In Surge Protection 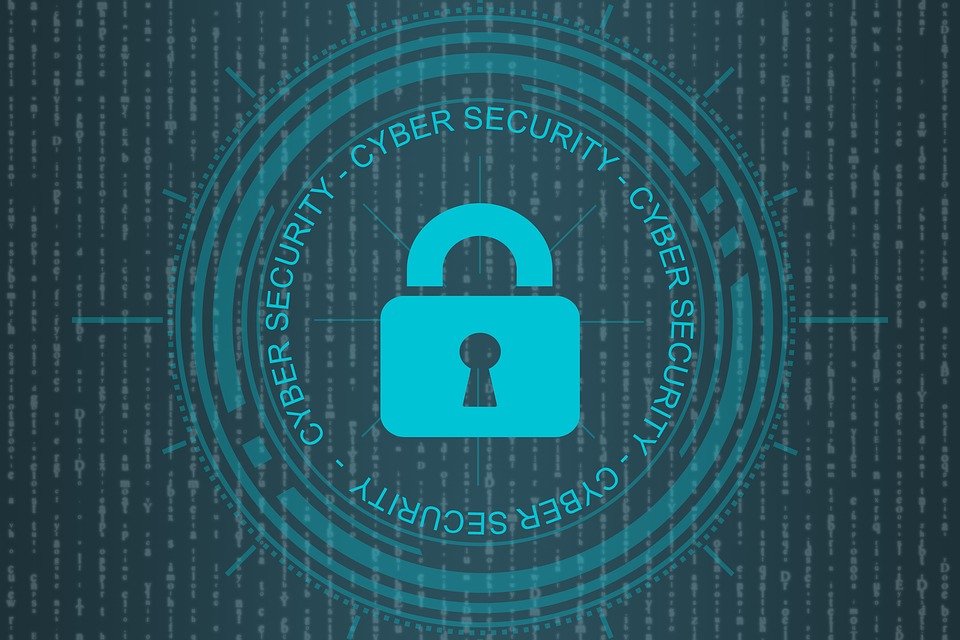 There are other ways to safeguard your small business’s information technology (IT) infrastructure from cyber threats besides the use of a firewall and antivirus software. An intrusion detection system (IDS), for example, can complement your existing cybersecurity efforts by offering an additional layer of protection.

What Is an IDS?

An IDS is a cybersecurity solution — available as either hardware or software — that actively monitors traffic on a network for cyber threats and suspicious activity. As the name suggests, it’s designed to detect intrusions in your small business’s network. If a hacker is attempting to access your small business’s network without proper authorization, an IDS will notify you about this activity. You can then respond by blocking the hacker’s Internet Protocol (IP) address or deploying other methods of access prevention.

IDS vs Firewall: What’s the Difference?

IDSs are often confused with firewalls, as both cybersecurity solutions involve scanning and monitoring network activity for cyber threats. The difference between them, however, is that firewalls stop cyber threats after detecting them, whereas IDSs typically only monitor and report the presence of a cyber threat on a network.

Comparing the Different Types of IDSs

IDSs don’t offer a foolproof solution to protect against cyber threats. Like other cybersecurity solutions, there are certain factors that can affect their effectiveness. Too much noise on a network, for instance, can restrict an IDS’s ability to detect cyber threats. Furthermore, most IDSs are unable to detect threats included in encrypted packets. Aside from these minor challenges, though, deploying an IDS is a smart way to strengthen the security of your small business’s IT network.

When viewing your small business’s website in a web browser, do you see the “HTTPS” prefix? All websites typically have a domain that’s prefixed with either “HTTPS” or “HTTP.” In the past, HTTP was the universal protocol for governing the way in which data is exchanged between a visitor and a website. Since then, however, more and more websites have switched to HTTPS. If you’ve been reluctant to make the switch with your small business’s website, you should consider doing so.

With HTTPS, data in transit — meaning it’s either to a website or received from a website — is encrypted. There are two primary algorithms used to encrypt in-transit data with HTTPS websites: Secure Sockets Layer (SSL) and Transport Layer Security (TLS). Although they use different mechanisms, both SSL and TLS algorithms are designed to scramble in-transit data.

The Benefits of Using HTTPS

HTTPS works in conjunction with an SSL or TLS certificate, depending on the encryption algorithm used. If your small business’s website uses an SSL algorithm, you’ll need to install an SSL certificate on your server. If it uses a TLS algorithm, you’ll need to install a TLC certificate on your server. Once installed and configured, your small business’s website should have the “HTTP” prefix, indicating that all data sent to visitors and received by visitors is encrypted.

Google also uses HTTPS to determine the search rankings for websites. In 2014, Google revealed that HTTPS websites rank higher in its search results than HTTP websites. If your small business’s website suffers from low search rankings, you may want to upgrade it to HTTPS.

Worm vs Virus: What’s the Difference?

The terms “worm” and “virus” are often used interchangeably when referring to self-replicating forms of computer malware. When malware is able to reproduce and spread, it may be referred to as one of these two terms. However, a worm isn’t the same as a virus. While both forms of malware are self-replicating, they each have their own unique properties. To fully protect your small business’s information technology (IT) infrastructure from cyber attacks, you should familiarize yourself with the nuances between worms and viruses.

What Is a Virus?

A virus is a form of malware that’s able to reproduce by copying itself into another program or file. In other words, the targeted program or file acts as the host. Once a computer is infected with a virus, the virus will begin to seek new programs or files in which to copy itself. Assuming the virus is successful, it can quickly spread as it searches for new hosts.

As explained by Cisco, nearly all viruses attach themselves to executable files. Also known simply as an executable, an executable file works to perform tasks based on encoded instructions. As the virus attaches itself to an executable file, it will perform its malicious functions, which may include a denial-of-service (DoS) attack, the deployment of ransomware, data theft and more. At the same time, the virus will seek other connected machines and devices to infect. It’s a troublesome form of malware that can wreak havoc on your small business’s IT infrastructure.

What Is a Worm?

For a worm to infect a computer, the victim must typically execute it. Therefore, worms are often used in conjunction with phishing or social engineering schemes in an effort to deceive the victim into downloading and executing the malicious worm file.

To recap, the primary difference between a virus and a worm is that the former requires a file or program to self-replicate, whereas the latter does not. Both types of malware can be coded to perform a variety of nefarious tasks. As a result, you should strive to protect your small business’s IT infrastructure from viruses as well as worms. 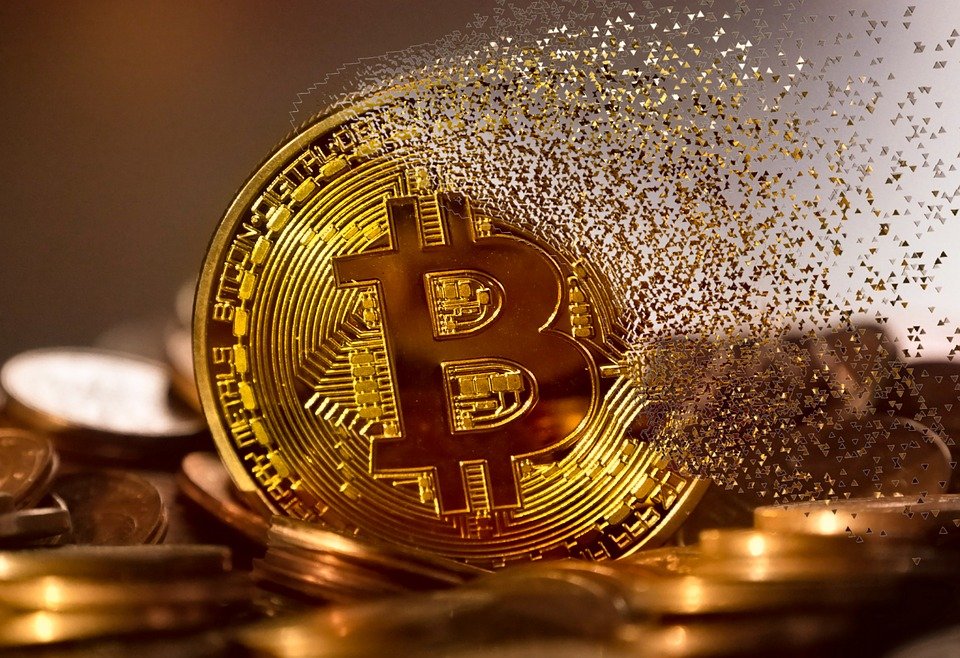 Cryptojacking: A New-Age Cyber Threat on the Rise

With the rise of cryptocurrencies like Bitcoin, Bitcoin Cash, Ethereum, Lightcoin and Ripple, there’s been an increasing number of cryptojacking cyber attacks. The computers of businesses as well as individuals are being hijacked to mine cryptocurrency on behalf of a hacker. While cryptojacking may sound like a minor threat — especially when compared to other cyber threats like Trojan viruses and ransomware — it poses some serious problems for victims.

For victims, cryptojacking is a major headache that often results in poor performance of the infected computer or device. All forms of crypto-mining software require virtual resources like CPU or GPU to mine cryptocurrency. If a hacker targets your business with crypto-mining malware, you can expect significantly slower speeds when using the infected computer or device. As the crypto-mining malware runs in the background, it will consume valuable CPU or GPU that could otherwise be used for legitimate processes.

The Rise of Cryptojacking

How common is cryptojacking exactly? Just a decade ago, there was no such thing as cryptojacking. It wasn’t until the last few years when hacking began creating and deploying crypto-mining malware. Since then, however, it’s become a serious problem for businesses and individuals alike.

According to a McAfee study cited by Forbes, the number of cryptojacking cases ballooned by over 4,000% from 2017 to 2018. A separate report found that over 50,000 devices this year have been infected with a new, more sophisticated type of crypto-mining malware.

How to Protect Against Cryptojacking

As a business owner, you should take steps to protect your organization’s computers and devices from cryptojacking. The good news is that, like most forms of malware, you can prevent crypto-mining malware from making its way onto your business’s computers and devices. Anti-malware software, for instance, is typically able to detect and quarantine crypto-mining malware.

Because crypto-mining malware typically requires downloading, you can also protect your business from cryptojacking by using a firewall. A firewall will automatically scan your business’s incoming and outgoing traffic for malware. If it detects malware, it will filter the file so that you aren’t able to download it.