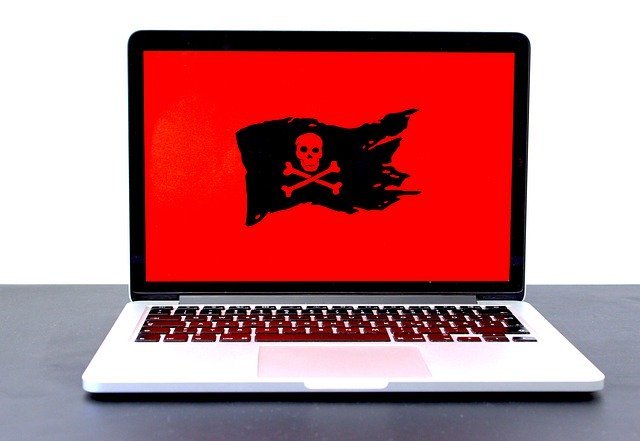 What Is a Malware Infection?

Short form malicious software, malware has become increasingly common in recent years. As more and more devices connect to the internet, hackers are using this opportunity to deploy malware. Consumers and businesses alike are now being targeted with malware. But what exactly is a malware infection? To learn more about malware infections and the damage they cause, keep reading.

There are several common types of malware infections, one of which is a virus. Viruses are characterized by the ability to replicate and spread. Like pathogenic viruses, they are problematic because they can infect other devices. If your computer is infected with a virus, the virus may spread to other computers connected to the same network.

In addition to viruses, ransomware is a common type of malware infection. Ransomware is designed to hold your files for ransom. Once deployed, it will typically prevent you from accessing some or all of your computer’s files. When you attend to access a file, a pop-up window will display asking you to pay a ransom.

How do you know if your computer, device or network is suffering from a malware infection? Symptoms of infection vary depending on the specific type of malware. If your computer has a virus, for instance, it may cause performance issues like slow speeds and random reboots, which also appear on other computers and devices that are connected to the same network.

If your computer has ransomware, on the other hand, you may struggle to access its stored files. Once the ransomware has made its way onto your computer, it will lock your files — essentially holding them for ransom.

Keylogging malware is more difficult to identify because it’s designed to run discreetly. Nonetheless, you may discover an unknown process or processes running in the background if your computer is infected with keylogging malware. 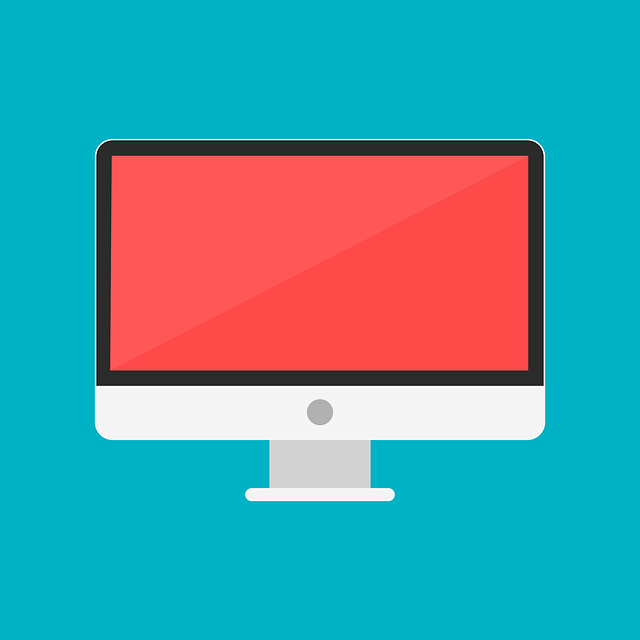 5 Things to Consider When Choosing a Computer Monitor

Along with display technology, you should consider the resolution when shopping for a computer monitor. Resolution, of course, refers to the total number of pixels in a computer monitor that can be displayed at any given time. A computer monitor with 4K resolution, for instance, features 4,000 pixels. Known as ultra-high definition (UHD), it’s capable of producing crystal-clear images with a high level of detail.

Something else to consider when shopping for a computer monitor is the ports. All computer monitors contain at least one display port. It’s essentially a socket that’s used to connect a cable between the monitor and the computer. Some of the most common types of ports used in computer monitors include DisplayPort (DP), Digital Visual Interface (DVI) and High-Definition Multimedia Input (HDMI). 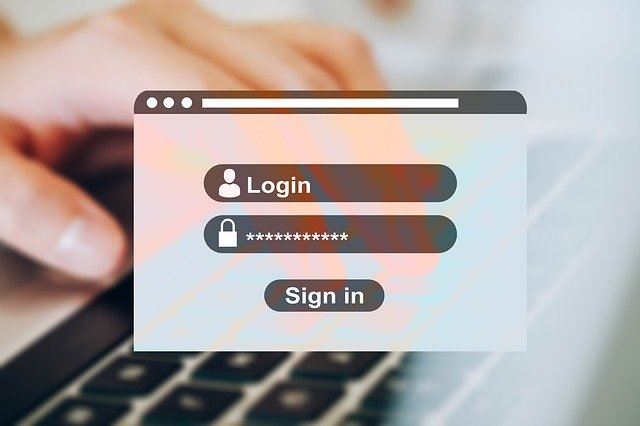 Why You Shouldn’t Reuse Passwords

How many online accounts do you have? From email and banking to cloud storage and web hosting, you probably have well over a dozen work-related accounts. To access these accounts, you’ll typically be required to enter your username and password. While reusing the same password for all your accounts may seem harmless, it poses several potential problems.

The Rise of Reusing Passwords

Why Reusing Passwords Is a Bad Idea

It’s just poor cybersecurity etiquette to reuse the same password for multiple accounts. It only takes a single breach to jeopardize the integrity of all your accounts, and with data breaches increasing at an alarming rate, this isn’t a risk you should take.

If you struggle to remember your passwords, consider using a password management tool. It will automatically store your passwords, as well as your usernames, in an encrypted file. After logging in to the tool using your “master password,” it will then automatically log in to your accounts using the stored passwords.

In addition to making them unique, you should create long and nondescriptive passwords. Rather than using common words or phrases in your passwords, use a random sequence of letters, numbers and special characters. By increasing the complexity of your passwords, your accounts will be better protected against intrusion. 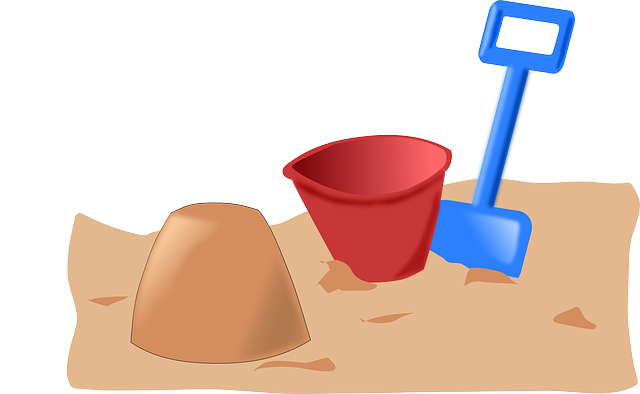 What Is Sandboxing in Cybersecurity?

Have you heard of sandboxing? It’s a popular cybersecurity solution that can protect your computer from malware infections. Rather than downloading a file directly to your computer, you can download it to an isolated virtual environment. Known as a sandbox, it separates potentially malicious files from the rest of your computer. So, even if the downloaded file is malicious, it won’t affect your computer.

The Basics of Sandboxing

The term “sandboxing” refers to the use of a virtual isolated environment, known as a sandbox, to download and execute files. It provides a safe environment in which to run files that have the possibility of harming your computer or stealing your stored data.

Malware infections, of course, often begin with a downloaded file. You may think you are downloading a legitimate file when in reality it’s malware. Upon executing the malicious file, the infection will set in. Maybe the malware is designed to encrypt your stored data, or perhaps it’s designed to log your keystrokes. Regardless, once you execute the file, symptoms of the malware infection will manifest. You can safely execute potentially malicious files, however, with sandboxing.

Sandboxing requires the use of a sandbox, such as Sandboxie or Google Sandboxed API. Once installed on your computer, it creates a new isolated environment for files. You can download files to the sandbox and run them inside the sandbox.

The purpose of sandboxing is to protect your computer from potentially malicious files. You can’t always trust a file just because it’s available to download on the internet. Malware is a widespread problem that’s only become more common in recent years. With sandboxing, though, you can test files in a safe and secure virtual environment before running them on your computer.

If you believe a file is potentially malicious, just run it a sandbox. If the file doesn’t behave as intended, you can delete it reset the sandbox. On the other hand, if the file works properly, you’ll know it’s legitimate, in which case you can move it to your computer.

If you’re planning to download files from unknown or untrusted sources, you should consider sandboxing them. Hopefully, the files aren’t malicious, but if they are, running them in a sandbox will prevent the infection from spreading to the rest of your computer. The sandbox will isolate the malicious files so that they don’t affect any other data stored on your computer.

How to Check CPU Temperature

When was the last time that you checked the CPU temperature of your PC? Windows shows a plethora of information about your PC hardware, but unfortunately it doesn’t reveal the CPU temperature. As a result, most PC users rarely if ever check their CPU temperature. It’s not until this component begins to overheat when they realize the gravity of the situation.

Overview of the CPU

Before we reveal how to check the CPU temperature of your PC, let’s first take a closer look at this component. Also known as a central processor, the central processing unit (CPU), is the main computing component. It’s responsible for executing the tasks commanded by the user through the operating system. Among other things, CPUs perform arithmetic, controlling and login commands.

The Dangers of a Hot CPU

As the CPU executes commands, it produces heat as a byproduct. To execute commands, the CPU must pass electricity through its circuitry. In turn, heat is created. If the CPU’s temperature exceeds the limit for which it’s rated, several problems may occur. You may notice that your PC runs slower or freezes randomly.

Alternatively, the hot CPU could trigger a reset in which your PC restores itself to factory settings in an attempt to mitigate the damage. Some PCs are designed to automatically restore themselves once the CPU reaches a certain temperature. The purpose of this safeguard is to protect the CPU from potentially catastrophic damage. If a software issue is causing the CPU to overheat, restoring the PC to factory settings may fix it.

There are safeguards in place to protect CPUs from overheating, such as fans, water cooling systems and heat sinks. Unfortunately, though, they don’t always suffice. To prevent your PC’s CPU from overheating, you need to regularly check its temperature.

Checking CPU Temperature: What You Should Know

As mentioned above, Windows doesn’t reveal the temperature of the CPU. Microsoft’s line of operating systems shows a lot of information about the installed hardware, as well as their respective processes, but it doesn’t show the CPU temperature. You can still check your PC’s CPU temperature; you just need to use a third-party tool rather than relying on Windows.

HWMonitor is a highly useful tool that, among other things, reveals the CPU temperature of your PC. Available in both free and paid versions, it will analyze your PC’s CPU temperature to ensure that it isn’t overheating.